I recently sat down with Morihiro “Mori” Onodera to learn more about his passion for rice. I’d heard that he polished his rice daily, and my first thought was this guy is either crazy or a genius. I guess the difference is that genius has a payoff: Not only did Mori have a paycheck, he ran his own sushi restaurant named MORI successfully from 2000 to 2011 when he sold it. His name was so well established for premium sushi that the new owner kept his name for the restaurant. In other words, Mori knew what he was doing.

So when and where did Mori’s rice story begin? It began in the 90s in NYC when he worked at the famous Sushi Yasuda where he and his colleagues grew frustrated over the quality of their rice. Unbeknownst to the public, Cal Rose andNishiki are not Japanese short grain rice. It is Californian rice, medium grain, marketed as Japanese rice. Not that there’s anything wrong with that. It is still delicious but it was not what Mori was looking for. He was looking for the rice of his youth:Koshihikari rice, the crown jewel of Japanese short grain rice. Koshi is the name of the village where the rice varietal comes from and hikari means light. Thus, Koshihikari translates into light from Koshi. You can nibble on each grain that feels slightly sticky and taste its sweet, nutty flavor. It is ideal for sushi making.

So what’s the big deal about rice especially in today’s carb hating environment? It goes on the bottom and can’t you recover from bad rice by slapping a piece of fresh fish on top? Here comes lesson no. 1 from Mori: Rice makes up 60% of the sushi. The thought process today is fish makes up 80% of the sushi and rice 20%, which relegates rice to an afterthought.

Also, Mori very wisely explained to me that with fish you get a new chance everyday. This is because fresh fish arrives daily at 4:30am. Like the movieGroundhog Day, you get to hit a reset button. But with rice there is no reset button because you only get one chance a year during harvest. So lesson no 2: if you get a bad crop of rice you’re screwed!

In 1996, Mori moved back to Los Angeles and worked at Takao. There he continued his relentless search for his perfect Japanese short grain rice. Fortunately, through a contact in NYC he met Mr. Ichiro Tamaki “Tamaki”, a Japanese rice farmer living in northern California.  Together they researched the desired rice varietal and committed to farming Mori’s pesticide free, non-GMO, premiumkoshihikari rice on a six-acre piece of land located in Williams, CA. Tamaki would oversee the farm down to post-harvest processing.

To prevent molding, Californian rice growers dry heat the rice to create a very dry product to ensure safe transportation and storage. But this results in rice that is rough, breaks easily and cannot absorb water fully during cooking. Even though it took longer, Tamaki only air-dried Mori’s rice. Heat was never added. This key difference is what gives us the slight chew that we love in Mori’s rice.

Confident that he had secured his ideal rice supply, Mori opened Mori Sushi in 2000. As of 2001, his restaurant was supplied exclusively by Tamaki’s rice farm. Mori made frequent visits to Tamaki’s farm with his staff. By planting and harvesting together Mori sought to introduce his colleagues to the cathartic pleasure of farming and solidify their understanding of rice production. Before you knew it Mori became well known for quality sushi and the rest is history. Who knew one can create an edge with rice!

Let’s re-visit the crazy bit about Mori polishing rice daily. Why? Lesson no. 3: Polished rice oxidizes and this affects the taste and texture of the rice. For optimal taste, Mori polished brown rice into white rice just enough for that day’s use. I asked Mori if it’s realistic to expect chefs to polish their rice daily. This is when he smiled gently and suggested placing already polished rice in cold storage. I then asked where in the restaurant fridge do you see enough space for a 30lb bag of rice? Mori smiled again and answered, “You must be committed to your craft” And here is where we stress Mori’s original formula on how rice makes up 60% of sushi. What of the remainder 40%? To Mori, 30% is fish and 10% is love. Chefs are artists. You must be committed to your craft. 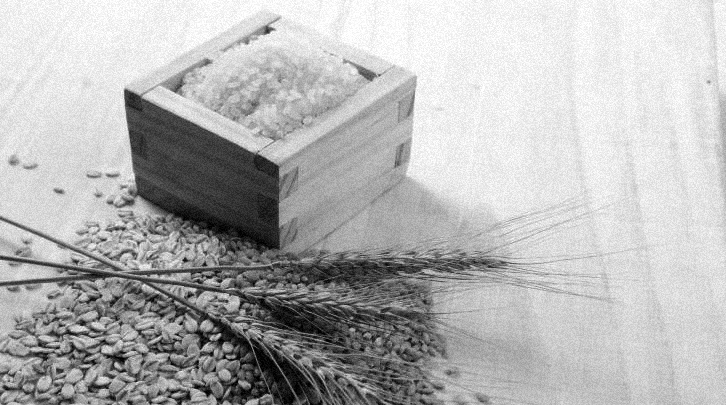 In 2011, Mori sold his restaurant and later Tamaki sold the rice farm in northern California. Mori continued to work at the restaurant with the new owner until 2012 but started devoting more time to honing his other craft: pottery. I forgot to mention that Mori made his own dinnerware for his restaurant. Mori was so good at it that his ceramics caught the eyes of local celebrity chefs. He was later commissioned to create dinnerware for Michelin starred restaurants Providence, Melisse, Manresa, and more. If you Google Mori today, there are more results about his ceramic dinnerware than his rice. But even though Mori left sushi for pottery, sushi rice never left Mori.

Feeling that they may have ended their run too soon, Mori and Tamaki joined forces again in 2011 to produce rice and this led them to Uruguay. Tamaki zeroed in on the southern hemisphere because he wanted to harvest in May. Uruguay’s climate and moist soil conditions are ideal to growing rice. Its nice people, business friendly conditions and close proximity to the U.S didn’t hurt either.

Today Mori and Tamaki run six hundred acres of farmland in Uruguay producing premium pesticide free non-GMO koshihikaririce. The rice was so free of pesticides that in its first shipment into the US through the hot and humid Panama Canal, the rice developed mold. I guess bugs are a necessary evil to test for organic. Through more trial and error, Mori and Tamaki finally got it right and now thankfully fresh bags of mold free rice sit in the coolers of LUXE.

As our interview wound down I asked Mori about his future plans. He was a celebrated sushi chef in LA and already well known for his pottery. Why not focus on that? Mori smiled gently again and said, “My art in pottery is not finished until there is food in it. Food completes my art and that food is my rice”

We aim to be a part of the most diverse, creative and vibrant culinary culture in L.A. From the funk of your umami to the sweetness of your hamachi, our specialty is sourcing your fishy aspirations.